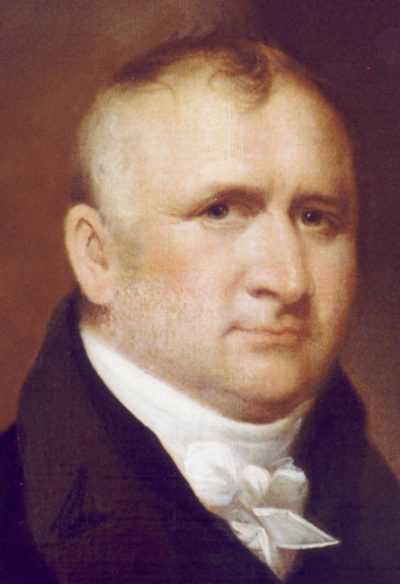 Born in Wethersfield, Connecticut, just before the American Revolution, Benjamin Wright’s professional career covered the burgeoning of the industrial revolution in the United States. By the time of his death in 1842 the American transportation network had become the envy of the world.

The son of a debt-ridden ex-lieutenant of Washington’s Continentals, Ebenezer Wright, Benjamin received scant formal schooling. Fortunately, his better-off Uncle Joseph taught him the rudiments of surveying and law. Later in the wilderness of upstate New York where his family had settled, Benjamin acquired such a reputation for accuracy and honesty that he was in great demand as a surveyor.

When the Erie Canal was finally funded in 1817, Wright was selected as one of the three engineers to design and build it. His leadership qualities and his engineering skill, coupled with his political adroitness, resulted in his becoming the Chief Engineer who directed the successful completion of the greatest artificial waterway in the world. The first boat to travel on a portion of the canal, the “Chief Engineer,” was named in his honor.

For many years, major canal enterprises in the eastern United States and Canada demanded his attention and when railways were first undertaken, Wright and his younger collegues were among the first to engage in their design and construction. He was, for example, the first Chief Engineer of the Erie Railroad

After several decades of energetic professional activities, Wright went into semi-retirement in New York City where he died at 71. Five of his sons pursued his much-beloved profession. A few years before he died, Wright chaired the first committee that sought to establish an American Society of Civil Engineers

Most of his family had stayed in Oneida County, but his wife, Philomela Waterman, three of their eight children, and six grandchildren are with him in Vault no. 83 of the New York Marble Cemetery.