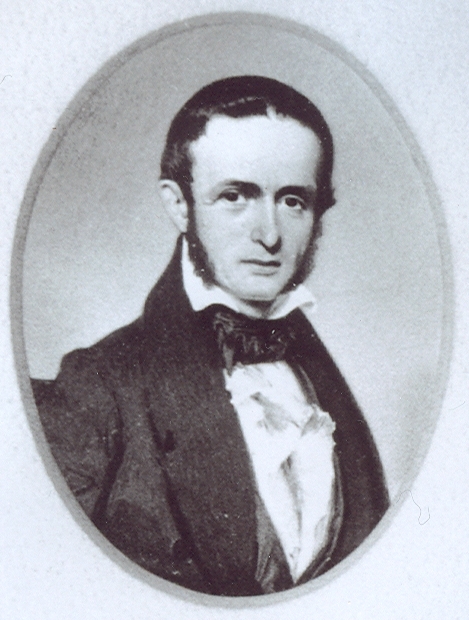 Corner of Ann and Nassau-Streets

Members of the New York Typographical Society held fellow printer Daniel Fanshaw in high esteem. Upon his death at age 71 in February of 1860, its members proclaimed that for thirty days the Society’s rooms were to be draped in the black bunting of mourning in recognition of Fanshaw’s “sterling attributes…which characterize the good man—patience, perseverance, industry and integrity.”1

Fanshaw, who would one day be known by many as “the greatest printer of his time,”2 was born in New York City in 1788. His father, William Henry Fanshaw, a native of Englandwho immigrated to America, married New Yorker Mary Finch.3 Soon, a son, Daniel, was born to them. They assigned Daniel to a print shop at an early age. During his apprenticeship, Daniel showed the talent and intelligence that would lead to his success in years to come.

In 1810, Fanshaw married Rebecca Melvin Ramage at Trinity Church in a ceremony conducted by Reverend John W. Hobart.4 Interestingly, records suggest that Fanshaw may have learned the printing trade under the tutelage of Rebecca Ramage’s father.

During the War of 1812, Fanshaw served in the New York Militia at Harlem Heights alongside 1600 other volunteers sent to defend the city against British invaders expected to attack through Long Island Sound.5 The threat never materialized, but his exposure in the autumn of 1814 to the rich, undeveloped Heights1 awakened the visionary in him, and at a later date he bought property there. Indeed, throughout his life, Fanshaw’s foresight allowed him to seize business opportunities others could not visualize; these included his investment in the future of Harlem Heights, an area described as a place of “emerald islands and wooded banks” where “the waters of the Harlem…wound along until they seemed to sink into the base of the distant, purple Palisades.”6

Upon Fanshaw’s return to civilian life, type-founder George Bruce, who earlier admired the young man’s printing skills, offered him the opportunity to start his own printing business although the printer “had not a dollar of capital” himself. He backed Fanshaw for one year, and though the business had not turned the corner by year’s end, Bruce encouraged Fanshaw by continuing to support his efforts. In time, Fanshaw’s business flourished,1 allowing him to live the American dream. He became the first printer for the American Bible Society and continued in that position for thirty years. His skill in combining three separate technologies—the stereotype printing process, the composition inking rollers process, and the Treadwell steam power press—revolutionized the printing industry.7 During his Society years, he printed between five and six million Bibles—an enormous feat for the time.

His printing accomplishments did not end there, however. He contracted to print for the American Tract Society as well. In addition, by his own account, he also published maps, commentaries, medical journals, literature and art reviews, and works that reflected his high moral beliefs and his compassion for the less fortunate.

Sometime around 1840, Fanshaw moved with his family from the convenience of his William Street home to land near the village of Yorkville. There he enjoyed the fresh air and quiet of an area he had become acquainted with years before while serving in the militia. Happily, the inconvenience of being three hours from his Nassau Street office was offset by the camaraderie he enjoyed during daily, three-hour rides to and from Park Row on Dingledine’s Stage in the company of five close friends.6

Daniel Fanshaw enjoyed considerable financial success in part because of his wise investments in Manhattan real estate. His accomplishments in the business world, however, were offset by great personal sorrows, for too many of his immediate family were taken to the New York Marble Cemetery (Vault 28) ahead of him. Because of the untimely deaths of his sons, no Fanshaw grandsons survived. Even so, through one or more of his daughters the Fanshaw name was preserved and continues to the present generation.

Upon Daniel Fanshaw’s passing, Charles McDevitt, a New York Typographical Society associate and friend, gave tribute to Fanshaw. He began with the words, “Mr. Fanshaw was no ordinary man.”1