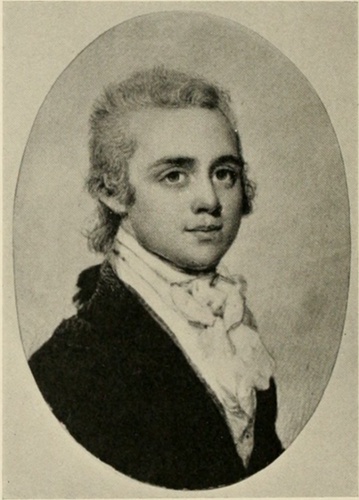 “The happiest man I have ever known”[1] grew up on St. Croix when it was part of the Danish West Indies. His Huguenot family had a sugar plantation, “Clifton Hill”, and was in the sugar, molasses, and probably rum, business. One of St. Croix’s major trading partners was Philadelphia, so there was much travel back and forth and several members of the family had settled there. Francis and his brother Peter were sent to Philadelphia to school and graduated together from Princeton in 1794. Francis became a U.S. citizen at 21 and two years later married a Philadelphia girl, Sarah Caldwell.

He went back to the islands and started on the accepted mercantile path. Then came a religious conversion as sudden as it was complete. Returning to Philadelphia he became deeply involved with the Presbyterian Church. This was despite the fact that the book which had changed his life – The Scholar Armed Against the Errors of the Time [2] – had warned against the arguments of Deists, Fifth Monarchy Men, Jews, Muggletonians, Quakers, Ranters, Socinians, Turks, and Presbyterians, among others. Some errors of the time must have appeared less dangerous than others.

His earthly pursuits did not gain him much. His brother in St. Croix had to forfeit the family’s island property, and his own too-trusting nature led him to lose all of what he had invested in the United States.[3] One New York business – Markoe, Wilbur & Scott – was destroyed in the fire of 1835. He also joined with a brother-in-law, Thomas Masters, in the firm of Masters & Markoe in New York.A contemporary account of Markoe literally sanctifies him. He seems to have spent half his life at church services and in Sunday-schools, but without ever being overbearing or sanctimonious. His cheerfulness and sense of fun were still with him on his deathbed. Talking on his last day with a favorite niece, who remarked that he would shortly see her parents in heaven, he replied that “a few years bring all these things round; and they will be so glad to see me that they will not be sorry that it is not you.”[4]

Markoe and Masters, with their Caldwell wives, shared Vault no. 110 in the Marble Cemetery, though their families later removed them to Sleepy Hollow Cemetery in Westchester County. Countless descendants have been named for Francis Markoe.