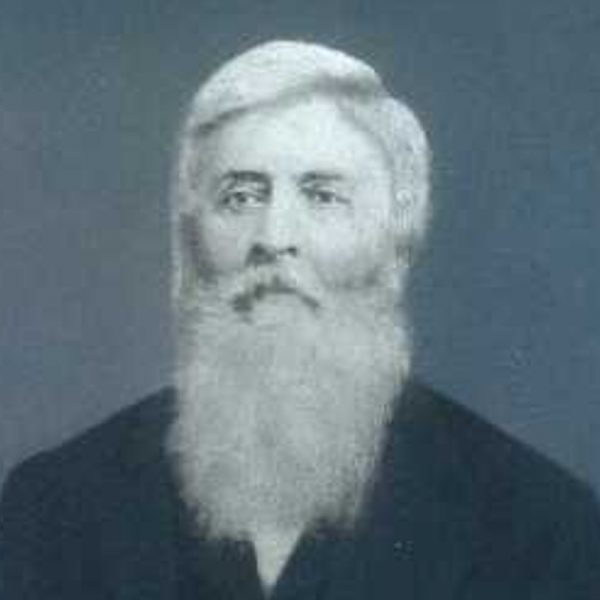 George Douglass was a businessman in Baltimore and later in New York. He was a member of the fifth generation of Douglasses descended from Col. John Douglass (1636-1678), who was born in Scotland and came to Maryland around 1654.

Like his American Douglass ancestors, George Douglass was born in Charles County, Maryland. By 1812, he had moved to Baltimore, where he was a partner in the shipping and mercantile business of his older brother Richard. When the siege of Baltimore occurred in 1814, Douglass was in the center of the action: as a volunteer soldier, he was ordered to Fort McHenry and was subjected to the heavy bombing which occurred through the night of September 13-14. He later said that on several occasions the shelling “buried him alive” in the sand, but he was never injured beyond a few bruises.

Douglass continued in business in Baltimore for another decade, but eventually moved to New York City in 1824, where he became a commission merchant in trade with the West Indies. By the time of the Panic of 1837, Douglass had already acquired a substantial fortune and was able to retire to “literary pursuits” at the age of 48. His remaining thirty-one years included many civic and charitable activities. For instance, he helped raise funds for relief for Norfolk and Portsmouth, Virginia after an epidemic; in a letter to a sister, he suggested that he had to use “self denial enough to beg” in order to persuade his acquaintances to contribute.There is every indication that both the national character and the Presbyterian religion of Scotland ran deep in the person of George Douglass. A contemporary noted that “his personal appearance was noble and commanding,” as can be seen from the photograph which accompanies this sketch. He was a member and elder of several Presbyterian churches in New York, starting with Brick Presbyterian and ending with the 42nd Street Presbyterian Church. His family was large and sometimes contentious. A great deal can be deduced about his character and private life from a single comment he made regarding a deceased daughter-in-law, Elizabeth Dun: “Over twelve years she was in my family, and during that time, not a jar of feeling was known to happen between her, and any member of my large family, which is saying a great deal for the descendants of poor old Adam.”

In 1815 Douglass married Mary McElderry, whose wit and beauty led her to be known as “the belle of Baltimore.” The couple had seventeen children, of whom at least ten lived to adulthood. His first son Benjamin founded the firm which was succeeded by R.G. Dun & Co., which in turn eventually became Dun & Bradstreet. Douglass’s second daughter Letitia married Senator Zachariah Chandler. A noteworthy twentieth-century descendant is C. Douglas Dillon, who served in the Eisenhower, Kennedy and Johnson administrations as Ambassador to France, Under Secretary of State, and Secretary of the Treasury. Mr. Dillon’s mother, Anne McEldin Douglass Dillon, commissioned a family history by the noted Maryland genealogist Harry Wright Newman. That work, “A Branch of the Douglas Family with its Maryland and Virginia Connections (Doubleday, 1967) forms the basis for most of the information in this sketch. The book contains considerable detail concerning both the ancestors and descendants of George Douglass.

Douglass and his wife Mary McElderry, eight of their children, and at least five grandchildren are buried in Vault 120 of the New York Marble Cemetery.