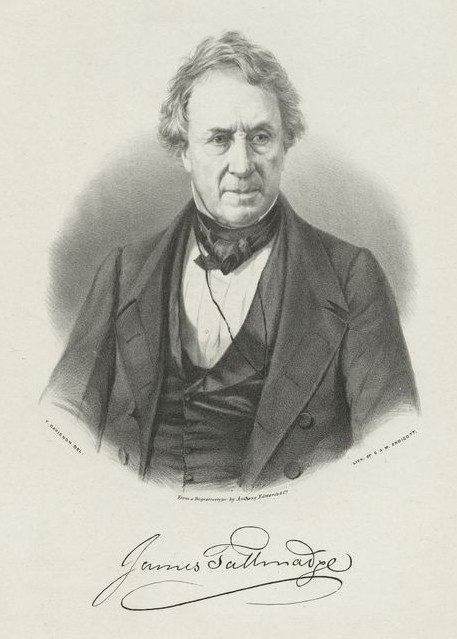 (From The US Congress Biographical Directory)

From the Biographical Directory of the United States Congress

Representative from New York; born in Stanfordville, Dutchess County, N.Y., January 28, 1778; James Tallmadge was graduated from Brown University, Providence, R.I., in 1798; secretary to Governor Clinton 1798-1800; studied law; was admitted to the bar in 1802 and practiced in Poughkeepsie, N.Y., and in New York City; served in the War of 1812 and commanded a company of home guards in defense of New York; elected as a Republican to the Fifteenth Congress to fill the vacancy caused by the death of Henry B. Lee and served from June 6, 1817, to March 3, 1819; author of amendment [“the Missouri Compromise”], passed by the House on February 17, 1819, prohibiting further introduction of slaves into Missouri; declined to be a candidate for renomination in 1818 to the Sixteenth Congress; delegate to the State constitutional conventions in 1821 and 1846; member of the State assembly in 1824; Lieutenant Governor of New York 1824-1826; president of [the Council of] New York University 1830-1846; died in New York City September 29, 1853; interment in Marble Cemetery.