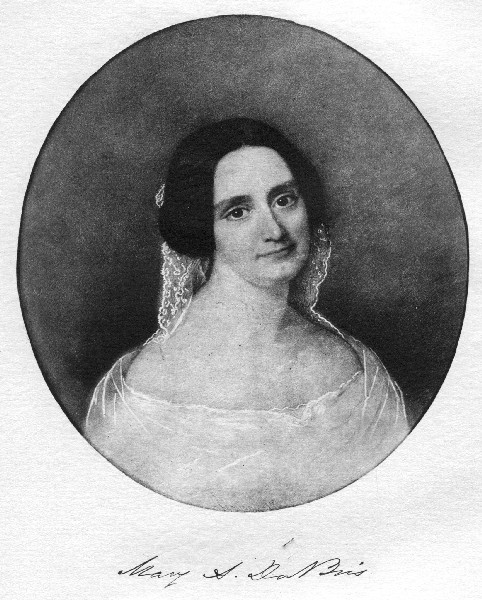 The 19th-century women buried in the New York Marble Cemetery had the same intelligence and drive as women today.  Complex household management, constant child-bearing, limited formal education, and societal expectations, however, prevented them from doing much outside the house.  A few ran their husbands’ businesses when widows, but most had to be content with family and church activities.  We know little about most of them.   There is one wonderful exception:  Mary Ann Delafield DuBois.

Even her start in life was a little unusual.  Her American father, banker John Delafield, and English mother, Mary Roberts, were in London during the war of 1812.  When she was born there in 1813, her patriotic father held the Stars and Stripes over the bed so that his daughter would always be able to say that she was born under the American flag.

Moving with her family to the US, she had a conventional upbringing in New York City and at the Litchfield Female Academy.  On her 19th birthday she married attorney Cornelius DuBois, son of a grocery and tobacco wholesaler.  Just a few years later, the Panic of 1837 struck and young Mrs. DuBois began to show her true colors.  Seeing that the number of homeless was growing, she appealed to her father-in-law to house some of the men in his empty tobacco warehouses.  She had her way.

Later, a former housemaid appeared at the door, distraught.  She was pregnant and had no one to turn to.   Though there were a few homes for poor or unwed mothers run by churches, she was somehow of the wrong denomination.  Could Mrs. DuBois help her? – yes.  The result became the Nursery and Child’s Hospital.  Mary Ann funded it at first with her own and  her husband’s money.  When that wasn’t enough, she appealed to her friends.  To widen the circle of donors even further, she began to hold charity balls, perhaps the first of their kind.  After trips to Albany, the NY State legislature helped out.  Nursery and Child’s Hospital flourished.  It grew and moved and merged until in 1934 it became part of what is today NY-Presbyterian Hospital/Weill Cornell Medical Center.

Amazingly, with a very large family and her outside projects, Mary Ann still had time to become an accomplished sculptress and be elected a member of the National Academy of Design.  The cameo below is a self portrait.  All of this was accomplished with a severe speech deficit which may have been a manifestation of neurasthenia.

She is buried, along with her husband and four children who died young, in Vault 54 of the New York Marble Cemetery.  Her 3rd great grand-daughter is the current President of the Cemetery. 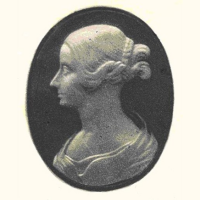