In the early 1800s, Tuckahoe marble became extremely popular as a building material for public buildings and other large installations. The term Tuckahoe marble refers to a dolomite mineral vein also called the Inwood Formation. It extends from Connecticut through New York State. Among the places where it surfaces is Eastchester, just north of Tuckahoe, in Westchester County, where a large quarry can still be seen. From there it goes under the Harlem River at Inwood, continues south, and runs directly under the New York Marble Cemetery, though far too deep down to mine. So much stone was mined in Inwood that the quarry ended up being deeper than the Harlem River itself. The river was therefore re-routed to the south to take advantage of the depth. About 75 acres of Manhattan were left north of the new Harlem River and are known as Marble Hill.

Tuckahoe marble is relatively coarse and susceptible to weathering. Some of the impurities in it can darken, so while the vaults belowground are still sparkling white, the Cemetery’s walls and tablets appear darker. The large crystals in it led the marble to be called Snowflake Marble in the 19th century. 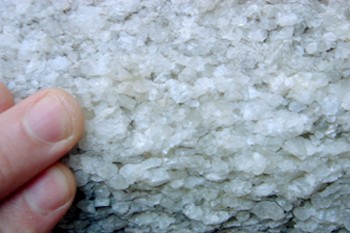 An interesting exception to the marble’s use in large buildings
is this one-room Marble School House from 1835 in Eastchester, NY. 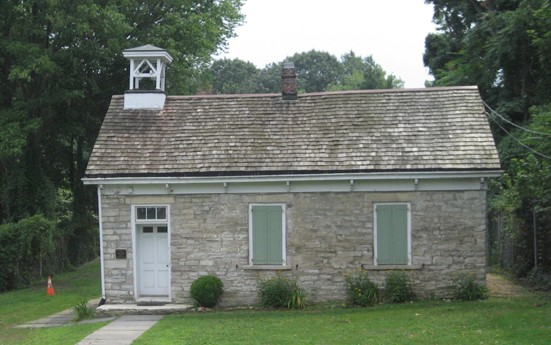