The Cemetery is a grid of underground marble rooms, 6 columns by 26 rows. The two columns closest to the south wall are separated by a series of discrete access shafts, as are the two columns closest to the north wall. The two columns in the center, with their marble tablets on opposing walls, also have access shafts between them. This means that for the 156 vaults, there are 78 unconnected, buried entrances. Relatives and business partners often purchased a vault jointly. Other closely related persons bought adjacent vaults that share entrances or have common walls. In a few cases, some who were rivals in their professional lives chose to be neighbors in death. As research into this important group of New Yorkers continues, more connections come to light. The diagram below is not to scale. The north and south walls that hold the owners’ tablets are much longer than are the east and west walls. 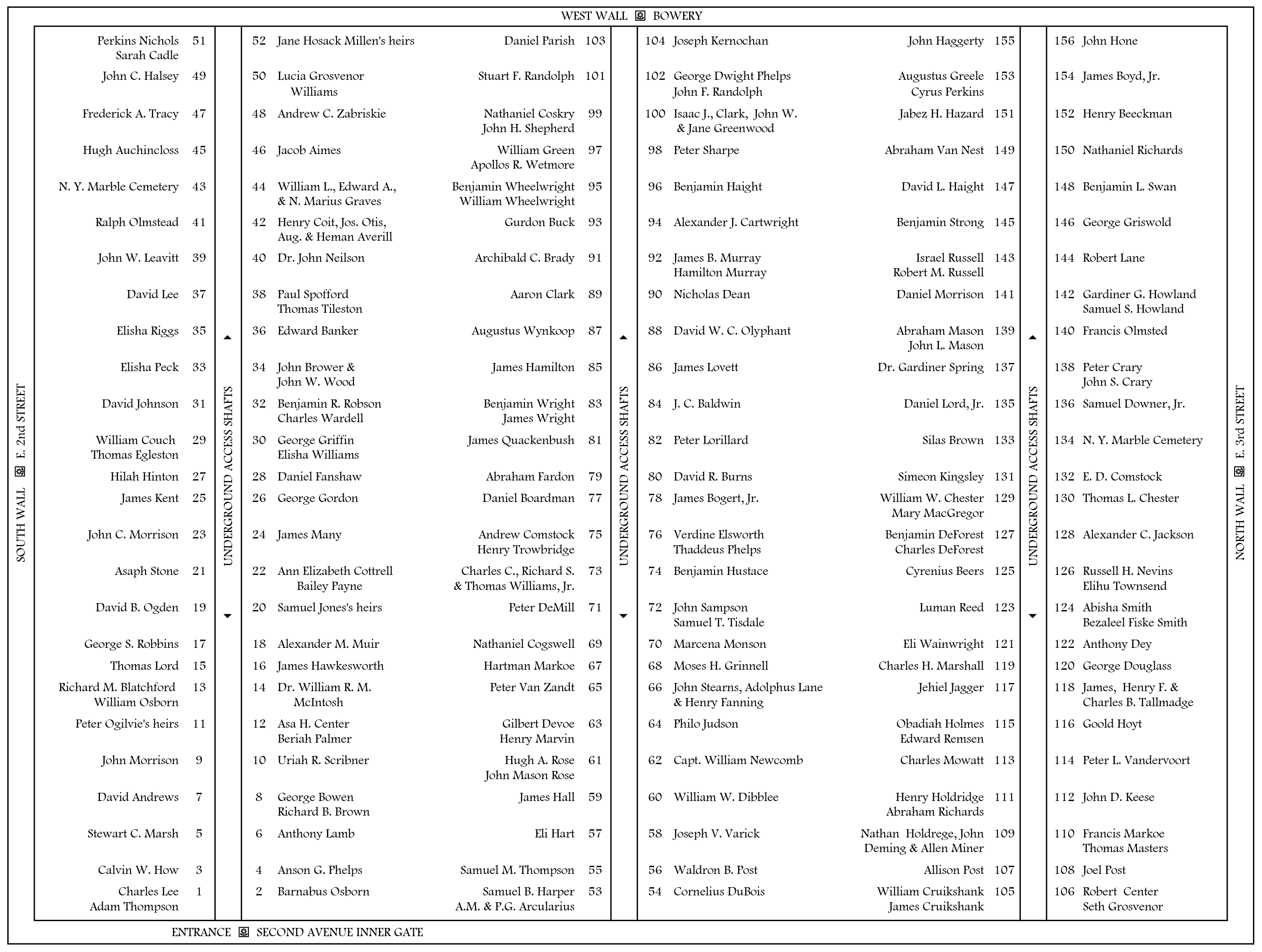